VIDEO: Everything You Need to Know About Planar Magnetic Headphones


The traditional headphones use traditional dynamic drivers which basically is a cone-shaped diaphragm in voice coil with a magnet behind them. This will convert an electrical input to an audio output. This technology has been around for a long time, they are also popular and less expensive to make.

But what's the problem with traditional headphones? The problem is that a cone-shaped speaker will basically produce audio very inconsistently across various frequencies. A big problem today is that audio you may be listening to is not very accurate. At the same time the entire speaker system has got a lot of joints in them which is stuck together with glue which will in time deteriorate. Naturally, so will the sound.

Planar magnetic headphones takes a completely different approach in solving this problem. In a planar magnetic driver you basically have two giant incredibly powerful magnets together and in between the two you have a voice coil or a diaphragm which is 1/10th the width of a human hair. How incredibly thin and lightweight is that?

This stuff was basically designed for NASA for its space program and it was used in audio technology very recently thanks to Audeze. This diaphragm or filament carries the electrical signal, when it interacts with these giant magnets while making the diaphragm move and produce the audio. The concept is pretty easy to understand and very innovative in the world of audio.

The audio produced by planar magnetic headphones is extremely accurate and sensitive. Accurate because of the giant plane that's producing audio across all frequencies. This ensures that the bass, mids and highs are all getting the due attention that it needs and is able to produce sounds effectively from very low frequencies to a very high frequencies. Also, the voice coil or the diaphragm is so thin that when being moved by these incredibly powerful magnets, you get a very sensitive sound signature. This makes music sound extremely detailed and accurate.

You have to keenly listen to really hear the difference between planar magnetic drivers and traditional dynamic drivers. But you have to keep in mind that planar magnetic headphones need a lot of power so you typically need a very good amplifier to drive them. But that is changing, more and more headphones out there like the Audeze Sine and the iSines don't really need an amplifier. They have incorporated a way of making these headphones get the power they need through a lightning connector. Also more and more headphones which are planar magnetic are becoming extremely sensitive and they can be driven with a very very low amount of power. This makes them easier to use with mobile phones.

Until now, all planar magnetic headphones were giant and had to be worn on the head, not being portable enough. But that is also changing. Planar magnetic technology is getting shrunk down to extremely small sizes. How they are able to do it is completely beyond our imagination.

We can only wonder how crazy good the next planar magnetic headphones will be!


If you liked this article you may also like: 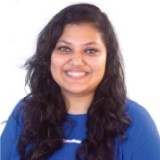