In the world of pro audio, AKG microphones and headsets have been synonymous with excellence for several decades. Founded in 1947, AKG was started in Vienna by physicist Dr. Rudolf Goerike and engineer Ernst Pless, and within months, the first AKG microphones were being used in radio stations, theatres and Jazz-Clubs. The products (the AKG DYN Series) were at that time manufactured by hand by five workers.

In 1949, the first AKG headphones came on the market. Then, in the early fifties AKG made a breakthrough with several new products: Totally new technologies like the world’s first high quality condenser microphone, the D 12 with its cardioid characteristics, the world’s first remote-controlled multi-pattern capacitor microphone, the C 12 and the D 36 were pioneers in the sound world. One of the first customers of the famous C 12 microphone was the BBC in London. In 1955, with its growing success, AKG also expanded geographically with a German subsidiary. By the end of the nineteen-fifties, AKG’s worldwide distribution network had spread to other areas of Europe and abroad. In the sixties, AKG successfully started exporting to former East block countries and Latin America.

The seventies began like the sixties ended at AKG: with continuous acoustic innovations. The company started in the seventies with the presentation of the BX 20, the world's first, truly portable studio reverberation unit. In 1972 a special stamp by the British Post Office commemorating the 50th anniversary of the BBC showed historical microphones along with models from the AKG catalog. One year later AKG was granted its 1000th patent.

By the end of the seventies the first endorsement contracts were signed with Frank Sinatra, Roger Whittaker, Falco and other artists. AKG was also first in perfecting the then new digital technology. The first units were successfully utilized at the Moscow Olympics in 1980. After this, the company continued with digital innovations like the BX 25 ED digital/analog reverberation unit or the large diaphragm stereo condenser microphones with advanced solid-state electronics.

In 1984, AKG went public and started a new period of tremendous growth. In 1985 the US subsidiary of AKG was founded, followed by other expansions such as the acquisition of dbx Professional Products in 1989. The expansion continued through the beginning of the nineties with acquisitions in Great Britain, Germany and other nations.

Expansion was also a key strategy with AKG products: In the beginning of the nineties, the “Audimir” space project used AKG's products for room simulation in outer space. AKG continued its product expansion and success with the new generation of headphones called the K Series.

AKG as a part of Harman International

In 1994, AKG became a part of Harman International Industries, Inc. The following years brought a time of restructuring and sharpening of the product line and distribution strategy. The wireless microphone line was extended with great products used on tour by Rod Stewart, Peter Gabriel and Simply Red.

New fame with the 60th anniversary

In 2007, AKG celebrated its 60th anniversary and in addition to the development of new geographical markets, the focus shifted to the strategic positioning of AKG in existing and new markets. To achieve these goals, the brand was re-launched with a new corporate logo and brand image.

In fact, in 2010, the company received the prestigious Technical Grammy award.

You can check out AKG's headphone collection here! 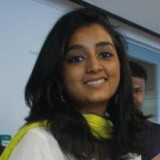