Don't sweat it, this HiBy - R3 Pro Saber comes with a warranty from HiBy that covers manufacturing defects. All products featured on Headphone Zone are backed by an original manufacturer's warranty.

“If you do search for an ultra-portable device with great build quality, good sound performance and with lots of features such like a 2.5mm balanced output R3 Pro Saber could be the right device.”

First of all, I have not brought the player from Headphone Zone. This was not available at Headphone Zone when I was looking for an affordable balanced dap. Hence I brought my unit from The Audio Store. However, I am leaving my review here as well in order to help prospective customers make an informed decision.

In order to make full use of this device, I have always used it via its 2.5mm balanced port that offers more than 3 times the power output of the single ended port. The iems I tested out were Blon BL03 with BQEYZ 2.5mm 8 core silver plated balanced cable and Fiio FD3 Pro. The sound signature of this Dap can be described as being very upfront, detailed and engaging . I have also tinkered around with the MSEB feature in this Dap for both my Blon and FD3 Pro. Tidal and Quobuz integration also worked flawlessly.

When it comes to user interface, it relatively fast and gets the job done. However the keyboard is a slight annoyance especially for those used to the fast keyboards of today's smartphones. I also experienced few random crashes while using the device. There is also some issue with adding music to the playlist in Quobuz. However, as I said they were very few to have been a major annoyance. Battery life is also pretty good.

My verdict: In the present DAP market, this is the most affordable Balanced dap out there (unless you buy a unit second hand that is). So, if you can live with the lack of full android support, this is a great dap purchase. Highly recommended.

Update: Changed my iems to 7hz Timeless. Works great with the Hiby R3 Pro Saber through the 2.5mm port in high gain. Sounds like a portable mini Sundara!! 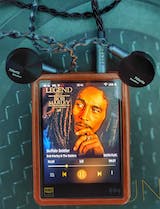 Hey Sanjay,
We are glad you had a comfortable shopping experience with us & it is delightful to read such positive reviews on your product! Cheers & Welcome to the club!

N
Nand Nandan (Jamshedpur)
Design and Comfort:
Sound Quality:
Value for Money:
It's great DAP for the Price! but...

The entire experience was great, from packaging, to included accessories, to build, to the UI, to the sound output, to the extra effort put by Headphone Zone by providing genre cards.
The only 'kinda' problem was that all of the DAP features aren't clear, nor they're explained in the manual. This could have been done in a better way, i mean just an area of improvement because not everyone would be knowing about all of the features that are there since this is a niche product. Also, a bit skeptical about the battery life on Bluetooth usage. I got less than 9hr battery on using with my SONY 1000xm3. So, backup could have been a bit better as the price is on a premium side for Indian market.
Other than that, I love it. It's a classy product and a must have for old-school audiophiles like me. 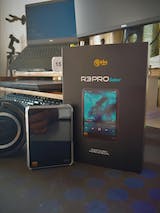 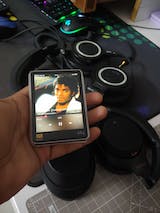 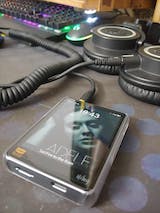 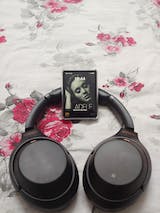 We really appreciate the genuine feedback, we'll share your thoughts with the brand as well!

Great sound for the price. Thanks HPZ for timely delivery

Thank you for the awesome review!

For all of the above use cases as you see Android is common and I was looking for a solution to avoid the connectivity issues and quality drop issue which are native to Android OS while using Bluetooth LDAC High quality option (990kbps). As expected the Audio output quality was improved to a great extend while playing local files as DAP and via Hiby Music App from the Mobile in DAC mode.

I wish there was an option to enable system wide USB Direct Audio Transport to DAC avoiding the Mobile Android OS Audio re-sampling to 48khz issue
- which I'm exploring on how to achieve still - would have been great for bit perfect Hi-resolution Audio playback from Apps like Apple Music (DTA is available in the Android OS for High-end DAPs).

If one has similar usage scenarios or more (I'm yet to use the 2.mm pin Balanced output) then there are no other options I found in this price range mainly to avoid most of Android's Digital Audio output limitations as it this DAP Linux Based Hiby OS. Also the Audio tuning feature (MSEB) is very intuitive and wouldn't need you to get into understanding of frequencies and how to set the equalizer before getting your preferred sound output.

Improvements expected:
1. They should make the MSEB feature available while in DAC mode. As of now the Audio tuning has to be done after exiting the DAC mode until set for the output device connected each time.

For the price it is quite a powerful. Able to turn my head phone in a speaker when needed

Hey there, thank you so much for the awesome review!

Compact and does the job well

Thank you for your amazing review!