Yearlong Research for the Most Optimum Fit

JH Audio is renowned worldwide for their custom IEMs that provide deep bass response and excellent sonic performance. With this kind of expertise, it was only natural that the engineers fine tune their Universal IEMs fit-wise, to be as close to Custom IEMs as possible. JH Audio’s guys analyzed over 30,000 sets of ear molds in their Orlando Lab to find similarities in order to create the Performance Series IEMs. What they found was that most of the sound bores on Custom IEMs bore a similarity of having a 10% angle. Having identified this, JH Audio made the necessary sound bore adjustments and refined the shape of the ear bowl and helix area. The result? A Universal IEM that fits and seals almost as well as a Custom IEM.

Jerry Harvey started his career as a sound engineer and shortly he picked up the legendary band Van Halen. Jerry Harvey thus came about the world's first Custom In-Ear Monitor. This became extremely popular with the band members and then he started making them for other brands as well. Jerry finally founded JH audio in 2007 as a manufacturer of custom aviation headsets and then started producing the JH Audio Pro series for professionals and audiophiles alike.

For a custom-like experience, Jerry Harvey Audio has introduced the Performance series Universal Fit IEMs. These Universal series allows you to hear the music how the recording artist and mix engineer intended. The models achieve what no others have before: a smaller shell size to ensure proper fit, retention and an acoustic seal for a perfect IEM experience.


Handcrafted in the US

Jerry Harvey Audio has manufactured the entire Performance Series Universal IEM range in their US facility. JH Audio sincerely believes in old school craftsmanship, while employing the most cutting edge technology in order to create the world’s greatest IEMs.

The FreqPhase corrects time and phase of multiple drivers. The waveguide ensures each driver signal arrives within 0.01 milliseconds, leading to a Phase coherent IEM.

The Performance Series is truly exquisite in its design. After the unique shells go through the 3D printing process, the Universal IEMs are then, one pair at a time, finished and assembled in the JHA facility. Unlike other manufacturers that only match their IEMs within 3db +/- of their reference curves, JH Audio tests and matches their Universal IEMs to within an astounding 1db +/- of their reference curve. This level of attention to detail is simply unheard in this industry.

JH Audio just invested in their very own 3D printing system that cost them a quarter of a million dollars. Whew! This investment has surely paid off as we’ve not seen more gorgeous looking IEMs anywhere. Every single angle on the new Performance Series 3D shell has been carefully redesigned to be smaller and fit all kinds of ear sizes more naturally. The Performance Series IEMs and their fancy new shells give a perfect seal for a comfy fit every time.

The JH13V2 has an impressive and sophisticated crossover network. This crossover circuit combined with the Freqphase waveguide and new proprietary quad drivers deliver an audio quality that is perfect for the recording studio, or for listening to exactly what the mixer/producer and band wanted you to hear, mixing your own tracks or performing live.

Variable Bass Output that is Adjustable from the Cable


You can control the low frequency drivers with the adjustable bass (0 - +10dB) from the cable itself. Frequency ranges from flat bass response up to +10dB (10Hz to 100Hz).

Don’t sweat it, This JH Audio product is covered by a 1 Year manufacturer's warranty.
Learn more I was sold on the “Noble Kaiser 10” but it was just way out of my budget! The 13v2s were perfect in the middle of what I wanted, could afford and actually gave a premium feel to music listening. My stage mixes have never had enough headroom till now. With 8 drivers ,the extended bass is huge on this thing, plus a bass boost attenuator control on the wire for a 12dB boost. I actually have it almost down because it has so much headroom you won’t need it unless its electro music you’re playing. I love the bass guitar right up in the mix along with the kick. The snare sits nicely in the mids and I have everything in stereo.

So I get a full 3 spectrum when the drummer rolls the entire kit. The vocals sines on top and because its balanced , you don’t get that Q’d shrill high end that most generic phones have. Which id like to say is made for pop music where melody and voice scream out the top frequencies. So for people shifting to BA’s you will feel like ‘oh what happened to the high end’ but believe me it’s the same for studio monitors , you don’t want to listen to what’s not there and what the equipment is artificially enhancing. When you go listen to music in stores especially hi-fi system they try and trick you into the loud amplitude game and you are wowed. But it’ll just blow your ears. That’s just not fair to the listener. I can run these phones for 3 hours straight on stage and not have any ringing. My guitar is so well distributed it doesn’t mush with any frequencies so we can say the isolation of the drivers frequencies is spot on. Before I couldn’t stand low quality drivers where you would have to tell the engineer to cut out frequencies. Also the -26dB of isolation eliminated stage volume and ambient noise paramount for performing musicians.

Finally what id suggest is everyone to go down to the store and try different phones because you have no idea what you are missing .Take care and all the best! 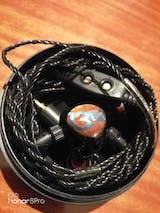 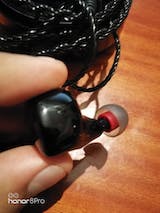 JH Audio Performance series 13V2 is my 2nd JH IEM. This is another awesome investment. Every penny is worth. Compare to siren series this one is so light weight. I am having Siren series Rosie also. Both of them are 8 BAs IEM yet sound signature is different. I can't think any other IEM than JH Audio. The mids are so lively and sound stage is awesome in JH audio. Hope i will go for the 3rd JH Audio IEM also. JH audio 4 pin connection is far better than the unreliable MMCX and 2 pin one. 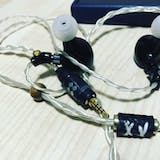