The Meze Liric is an impressive headphone with flagship-grade build quality and showcases leather across the headphone. The sound is relaxed yet detailed, with that signature Meze tuning. And the best part – it’s a power-efficient headphone, allowing you to run it even with a portable DAC&Amp or DAP.

Don't sweat it, this Meze - LIRIC comes with a warranty from Meze that covers manufacturing defects. All products featured on Headphone Zone are backed by an original manufacturer's warranty. "With an innovative lightweight build, and a transparent sound that can be described as nothing other than state-of-the-art, the LIRIC is a game changer that rings in a new sonic future."

"The Liric is also surprisingly spacious with near open-back levels of dimension and separation, very impressive! You don't get the natural fall off of an open-back, listeners will be impressed here."

"New to the MZ4 variant is Meze/Rinaro’s patent-pending Phase X™ system that takes aim at the phase distortions introduced by a closed-back earcup to improve the Liric’s spatial cue accuracy."

"I would say that amongst closed-back headphones, even those in a similarly prestigious price tier, the soundstage impressed me greatly, depth is excellent, and the headphones separate well too."

"Meze and Rinaro have undoubtedly succeeded in bringing their Isodynamic driver technology to a closed-back headphone that is lightweight, comfortable, compact & one that indeed sounds great.”

”The Liric will sound amazing with everything, given the superb imaging, clarity, and sound signature of the headphone. Meze makes some of the best sounding headphones on the market."

"Liric is a look back at Meze’s roots with 99 Classics, taking basic principles – a portable design with a sound that evokes the joy & emotion of music and pushes it forward into flagship level headphone."

The LIRIC have one of the widest sound stages, but it’s also got one of the most separated and intricate. This is one of those headphones that busts a song open and lets it fly every which way. Plain and simple, the LIRIC does imaging like no closed back before it.

There’s a clear low end boost going on with the LIRIC. While this boost feels tasteful and well placed. If you’re bass averse, these could be a bit much in the lows.

The mid range is a bit of an exception to this in some ways. There’s a clear boost around the 1-2kHz area, which makes for a noticeable edge and bite. The LIRIC does at times struggle to contain harshness from more resonant vocals at higher volumes.

The highs have incredible precision and a natural timbre. They feel more true to life than life itself at times. it maintained an overall acutely tightened, specified boost, focusing more on the super highs than the low highs.

This LIRIC features the best of both natural, transparent qualities and enhanced, engaging dynamics paired with an incredibly tight and realistic room feel. With an innovative build and a sound. 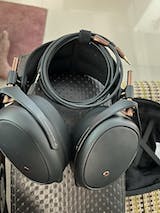 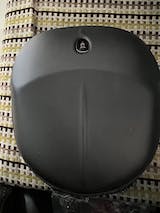 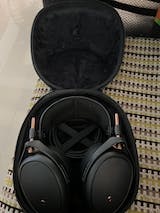 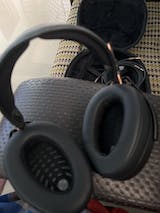 Thanks a lot for your detailed and genuine feedback, we're glad that you have such positive thoughts about the product and we'll share your thoughts with the brand as well. It'll also help our fellow customers to make the right choice!