The SE215 was an absolute legend. Everyone had one. Everyone loved them, but they required an update, and this is it. The AONIC 215 is really in every way still the SE215, but with a better build and more comfortable fit. The sound signature that everyone loves, is still the bedrock of these IEMs - neutral, accurate and easy to listen.

Don't sweat it, this Shure - AONIC 215 comes with a warranty from Shure that covers manufacturing defects. All products featured on Headphone Zone are backed by an original manufacturer's warranty.

Of all the earphones and headphones with a flat sound signature that I've used, this is the one that actually lives up to that "flat" definition. I've opened the insanely compact and pretty box which is round-shaped and surprised by the very well-thought-out packaging! The build of the earphone is sturdy. There is a very cool iOS-Android toggle switch in the remote of the earphone! I've not seen this kind of implementation anywhere else! The blue variant which I've bought looks very cool! Though I found the wearing mechanism somewhat discombobulating.

Now, the sound. It is divine! Truly flat, as I've said earlier. You'll notice that the moment you put them on. The rated impedance is only 17 ohms, so it is easily driven by any music source. ( I've even used it with an ancient HTC phone with Windows mobile OS in it to test it, and it ran flawlessly!)The mids are crystal-clear, with bass and treble firmly put into their respective places. Now, as I listen to a lot of classical music (both Western and Indian), I was apprehensive about the treble a bit. All my previous flat sounding earphones or headphones leaked treble into the mids; but not in this case.

I'm very satisfied with the product! This is the first-ever product that I'm reviewing on the first day of using it. You can bet that I love it very much! The fact that it was delivered by Headphone Zone on the birthday of Begum Akhtar(7th October) was the icing on the cake! I hope this review helps make a purchase decision. Thanks for reading this. 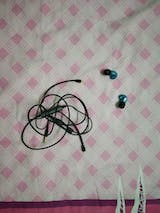 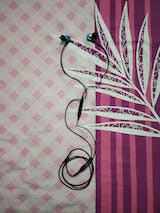 It was not easy to get the right fitment into the ear. The cable is so stiff. The ear plugs are not easy to replace. It appears as if the the earplugs are glued that it doesnt come out with a twist and pull as shown in the manual. No complaints on the audio quality.

So glad to know that you love sound quality. The MMCX connection can get little sturdy in the beginning but it does loosen up with time. For proper fit we would recommend you get the foam tips it offers a comfortable and secure fit for long hours.

High tonal quality, but suffers on account of bass. Overall, prefer the performance of my Beyerdynamics in-ear over these. Also, the bulky ear-piece does not lend itself to a good in-ear fit.

We really appreciate your review, we hope it will help other potential customers to make an informed decision.

Avoid it if you're a touring musician or a mix engineer.
- extremely bad fit
- if your band has more than 5 members playing in it. This is not for you!
- 3k worth vsonics vsd 3 is better than shure aonic 215.

Pathetic product and yea comes with a mic only cable. So be prepared to spend more on a cable.

I am a newbie here and using a high-quality IEM for the first time. Amazed to sense some music elements in my favourite songs which I haven't felt till now. Thumbs up to Headphone Zone and Shure for introducing right enablers to sense the beauty of music which is unheard by many. Looking forward to exploring more possibilities in enjoying music through options available at Headphone Zone. 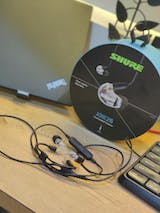 I am not an audiophile or a connoisseur of sound. These are amazing earphones for daily use with crystal clear audio experience. I am huge rock listener and this works perfectly for the need. The volume goes as high as you’re in a concert, puts you in trance like state almost. Just go for it, you won’t regret it. Actually it’s way better than anything I have had so far. Before buying these, I read that it’s tedious to put them on but in my opinion it’s not tedious at all. It’s also comfortable to wear for a longer time but the real challenge is changing the ear sleeves, I couldn’t.

Am not an audiophile. So this review does not have any details about the quality of the sound. I can attest that the quality is better than most other earphones i have used in the past.

The rest of this review is only from a comfort & ease-of-use perspective.

These earphones are very uncomfortable to put on and to wear for long periods of time. So many people needed help that there is a video explaining how to put them on - this is bad design. I don't enjoy the process of putting them on or removing them. After about 10-15 minutes, my ears start to ache - because of the bulk.