RETURNS & WARRANTY
SAVE WITH DEALS
Save up to ₹ 300

Being the prodigal son or the immediate successor to the yesteryear favourite and award-winner E10 was never going to be easy. The SoundMAGIC E11C however checks off all the boxes and adds in a couple of them too ensuring a betterment of the best. Don't sweat it, this SoundMAGIC - E11C comes with a warranty from SoundMAGIC that covers manufacturing defects. All products featured on Headphone Zone are backed by an original manufacturer's warranty. "I would recommend the E11C if you are looking for an entry-level earphone under £50. The build and design are outstanding this time for the price and the earphone doesn’t easily get tangled."

"Another great pair of SoundMagic budget earphones, the E11C in-ears continue the fine work of their predecessors and deliver an entertaining, upfront sound, complete with a remote control and mic."

"The SoundMAGIC E11C are a brilliant budget option if you prefer wired in-ears over the true wireless earbuds. The biggest calling card of SoundMAGIC E11C headphones is the noise isolation."

"Overall, the E11Cs are a brilliant budget option if you prefer wired in-ears over the true wireless earbuds that are in fashion at the moment. We really liked the design, and felt that look elegant."

"Stick the SoundMAGIC - E11C in your ears and you’ll barely notice them - in a good way. They’re super-light and incredibly comfortable, forming a nice tight seal."

"If you’re looking to upgrade or replace the earbuds that were supplied with your smartphone and you want a remote control as well as a microphone, these are ideal."

Thank you Headphone zone for the timely delivery👍🏻
I have used- Sony e115 and mdr xb55ap , JBL T110, Sennheiser cx180 and Cx 2.00, Beyerdynamic Byron👌
I have two devices- Vivo phone and IPad Pro 11 with dongle. Most of my music is 256kbps,320kbps MP3s and flac,wav with >1000kbps.
I’m going to compare these with Beyerdynamic Byron (wired).They were my favourite.I miss them!

With the phone:
👎🏻1. Soundstage is not as wide as the Byron.
👎🏻2.Bass is leaking and not punchy whereas Byron gave an on-point punch.
👎🏻3.The V shaped sound signature clearly lacks the vocals. The balanced signature of Byron was just perfect for me.
👎🏾4.Instrument separation is not even comparable to the Byron.
👎🏾5.Lack the Crystal clear clarity of the Byron.
👍🏻6.They have a higher volume than the Byron.
👍🏻7.Better cable quality than the Byron. Overall build is also better.
🤜🏻8.Microphone quality is same.

With the iPad Pro 11
👏🏻Here they perform much much better than with the phone. Maybe the iPad is doing justice with the higher impedance of E11c. Clarity increased significantly. But still lacks behind the Byron in terms of soundstage,vocals and the punchy bass.👎🏻

I got the E11c on 6th Sep 2019.Now I am getting used to there sound. But still a step-down.😒
I also tested them with Moto G5s plus and Nokia 6.1 plus.Same results......I am surprised how they got so many 5 stars!😧 Well there are as many types of ears as there are humans!🙂
Also the price of Headphonezone is higher compared to Rs 2100 on Tatacliq.🤔🤔
Final words- I expected much more from them(given there positive reviews). Next time I’ll increase my budget.

NOTE: To let the viewers know that Byron has been discontinued by Beyerdynamic. I got a full refund for my faulty Byron. The wire quality was really poor. They stated the reason that Beyerdynamic is working on next-gen Byron that they are going to launch in few months.

Appreciate your feedback. After reading your review there is some information we would like to share with you. Hope it is also help full for the reviewers who will review the post. The SoundMAGIC E11C comes with 42 Ohms. The difference you found in the output is because the DAC Chip in the iPad is better than your mobile phone. That is why the output was good through iPad than your phone. All the phones mostly come with the DAC chip which can run earphones up to 32 ohms. There is the LG G7 ThinQ which can run up to 50ohms.

The sound quality is lively, with clear and balanced vocal, while maintaining decent instrumental separation without much distortion or sounding muffled.

The product also looks more refined and sturdy when compared to my older SoundMAGIC E10.
For the money you are paying, I think it is an excellent buy.

Update: SoundMAGIC have a Quality Control issue when it comes to the build quality of their products. The volume output on the left side of the earpiece becomes very low after just 6 months of usage. Got it replaced with a new one as it was still under warranty. But the same issue happened again with the new one within about the same time period.

Soundmagic e11c is an upgraded version of their famous e10c. First i thought e11c are a bit better compared to his younger brother e10c. But i was wrong. Soundmagic has done an excellent job in making their e11c exceptional. The sound signature is more balanced. Clarity is absolutely mind-blowing. I have used Senheiser cx 275, which gives immense pleasure in clarity but lacks bass.On the other hand, Sony mdr-xb50ap gives more priority to bass but lacks clarity. Soundmagic lacks a bit bass but clarity is exceptional.The build quality is superb and gives you a premium feel. A bit amount of burning will make soundmagic e11c a veteran in sound signature. 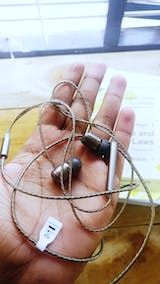 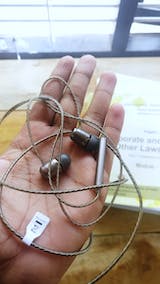 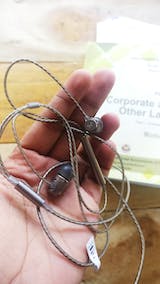 B
Balasubramanian s (Kuwait City)
Heaven in my ears

Sound stage is awesome.Highs and mids are soothing to your ears.Unbelievable clarity and dynamics.Overall a great purchase.If you want good sound stage and purity of music close your eyes and purchase this earphone.If you are a bass head just move away from this incredible earphone.

Soundmagic as always delivers exceptional performance at this price range and E11C is no different.
E11C has a flatter audio profile when compared to the V-shaped profile of the previous E10C. The soundstage is wide. There is emphasis on the mids and the treble is crisp. The bass is sharp and punchy but not deep, hence bassheads are not gonna love it.
Audio clarity is amazing and one can easily differentiate between the various instruments. At higher volumes sibilance is not observed which is a big strong point for E11C.
I recommend burning in the earphones as the sound really improves after that.
The build quality of E11C is still mediocre at best. Coming to the accessories, previously Soundmagic used to provide a clip, male/female audio cable, and 4-sets of silicone tips. All of these are missing with E11C except for 3-sets of silicone tips.
Finally, I conclude by saying that E11C is THE best deal at this price point (not for bassheads, though ;).

Very good clarity, only drawback i find there was no clip given with this Headset

After many Youtubers praising soundmagic e11c . I was into to check how it performs.
After little bit searching i found them on headphonezone at great price. After various reviews and suggestion on soundphile group members. I finally orderd it
The shipping was very fast .
The first time when I listen it .i found that the bass i muddy ( little bit Equalizer adjust and problem is solved). But except that it was the best sounding earphones. Vocals, instruments are clear. Separation is also good.
The build quality is also great and looks are also great.
I listen many earphones to compare but no earphone was near its soundstage.
Overall very happy with its performance.