Don't sweat it, this Tanchjim - Tanya comes with a warranty from Tanchjim that covers manufacturing defects. All products featured on Headphone Zone are backed by an original manufacturer's warranty.

"The non fatiguing and smooth and lush tuning can really make the Tanchjim Tanya a set to just sit back and enjoy the music for what it is, and not to listen to the gear."

Straight up, the packaging was sweet and professional by Tanchjim. They give extra filters besides the usual tips and a carrying bag.

The built is solid, a small and robust metal housing with a grill on the rear. It may appear that the IEM is an open back, but it is not. There is minimal ambience noise leak into the ear when IEM is on. The cable is non removable and has a inline mic control. I like the cable and has a texture to it.

The sound is slightly warm. My comparison would be to the Re400i and Quarks; the other two products in the price segment. Tonality wise, the Tanya is on point! Well tuned, good sub-bass shelf, mid-bass is thumpy and powerful. The bass doesn’t desecrate the beautiful mids. The vocals sound wonderful. The upper mids aren’t as aggressive as Quarks. They are relaxed and sound pristine. Corey Taylor’s vocal carnage in The Negative One is an absolute delight, Weinberg’s relentless drumming backed by the complex percussions by Fehn. Tanya delivers very well. Punches above its price point. Even puts other IEMs like my Kinera BD005 to absolute shame. The treble sections would be good. I am expecting more, which will be evident as I loosen up the DD.

Quarks offer a faster and tighter bass response than the Tanya. The decay would be a bit slower in the Tanya that gives a bit of warmth to the overall sound signature. This means Tanya can be pleasing even for long listening sessions while Quarks can be a but fatiguing since they are bit boosted at the pinna compensation mark. Tanya is more comfortable than Quarks to wear. I would prefer Tanya for Metal and Rock (Slipknot, Cult of Luna, Lamb of God etc.) while Quarks for Accoustic, R&B (Sam Fisher, Sigrid, Charlie Parker, Ray Charles). Imaging abilities are slightly better in Quarks.

Yes, they are a long time companion. It wouldn’t be a fair trial since Re400i has been around a long time. Tonally Re400i and Tanya are on the same page. Technically, Tanya might edge ahead but Re400i presents a very deep and layered music even though it lacks in staging.

This IEM does put KZs , CCAs to shame. A game changer IEM, together with Quarks; they raise the bar for 2K performance a lot ahead. 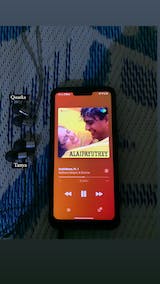 HI Pritish,
So glad you are loving your purchase, we hope you had a comfortable shopping experience & thank you for the lovely yet detailed review of the Tanya. Cheers & Keep the music playing!

Have bought dozens of earphones in this price range and this is the one that is my type.
I would choose this over my soundmagic e10c, moondrop quarks, trn mt1, kz edx, kz zst x, final e 1000, moondrop spaceship, rha ma 390, one more piston fits, hifiman re400, ve monk plus, and even the moondrop ssr's although ssr's beat these in terms clarity and accuracy but then it's all about personal preferences, moreover i find the upper treble in the ssr's to be a bit shouty which I'm allergic to.

Decent soundstage, immersive and engaging sound that will make you sink into the music. Great timbre, extremely good mids l, the female vocals on these ohhh maaaan, extremely non fatiguing smooth sounding iem one can literally enjoy any kind of music without feeling fatigued, great clarity, boomy bass there is no way these are under 2000 rs. Blons might sound a bit better with an expansive soundstage, a brighter more detailed sound and textured bassline but then again it's a subjective thing i find these more comfortable and enjoyable than the blons.

First of all I'm no audiophile...But to me These are great..compared with blon-03 these are slightly better on bass..but when comes to the balance blons still have the upper hand in this price range...I mostly listened to Bolly Music on this pair you'll definitely enjoy listening to them on Tanya..

Not a review , just wanna know when and if these will be back in stock

B
Bhaskar (New Delhi)
Design and Comfort:
Sound Quality:
Value for Money:
Initial impressions, right out of the box.

Bass was not found lacking. Yet, it was not overly done or muddy or spilling over to the frequencies. No complaints with drums and toms sounding clean and clear with no evident lack in attack or tonality being off. Snap hits of the snare had very realistic level of bite. Bass guitars were accurately portrayed and did not disappear into the background of the mix, even with my low quality sources. They were portrayed without any bloat or over emphasised in any way, and in fact very well defined. Effects in the sub region such as explosions retained their slam, but only as much as called for, and were not loose. I must mention that in one track, I did feel a bit of a craving for more of the piano's lower notes, but that might just be the mastering or the tips in use. Stock wide tips should improve on this, and bass strings and low piano notes are always set into the background and I doubt it's too different on other non bass heavy monitors. On Big Yellow Taxi by Pomplamoose, there is a feeling of bloat in the bass guitars. This is the only track where I experienced this with the Tanyas. It's definitely down to the mastering on this one, as it's their only track that is recorded warm, probably mimicking the original of Joni Mitchell's. It is commendable that the Tanya very noticeably portrayed these nuanced differences even on my low quality sources via YT Music. Electronic drum hits specially, that ranged between high bass and low mids, were without flaw in tonality and timbre in my experience.

Mids, both low and high, left nothing much to complain. To me they did not sound recessed to any unwanted degree and were done well. Female vocals tended to sound well extended in their highs. This was also the case on one rare occasion in a track with a sharp electric guitar lead part, but here it was just a tad bit unpalletable. I've heard that piling on an additional filter from the spare strip may sort this out, but I really did not feel the need and it was just that one track. Both male and female vocals sounded "analytical", is the best I can put it. Although it might be a matter of preference here, specially in the vocals. If I want them more pronounced and with a tiny hint of warmth, I'd just snap on narrow bores tips. However, I quite liked how true to life the male vocals sounded and were not artificially boosted in the bass part. Single downward strums of the acoustic guitar on Amused To Death had the string notes very well defined in both attack and decay. Electronic keyboards mastered to pan out were very accurately reproduced. Stringed instruments like electric guitars sounded crisp, and finger movements and rattling of the strings against the frets were discernable, now even of the high pitch strings.

Treble was sparkly adding a sense of livelyness. Cymbal hits had accurate bite in their transient attack without being piercing. The overall tuning imparted a realistic tonality to cymbals etc. There is sufficient air to not loose out on details up top. The highs had a BA character to them, something that in this particular case, I did not dislike. They were sufficiently polite, while at the same time not so polite as to loose definition or get buried in the mix. Sibilance, only when present in the recording was reproduced, but duly kept in proper check. Hint of splashiness in the treble though was slightly detectable, although not detrimental to the enjoyment, and may sort out with burn/break-in and some quality power to impart control over the drivers. Overall, a very clean-ish sound.

Soundstage was better than what I had expected. It was not just left and right but coherent with the front and centre. The entire soundstage had a slight forward bias, and I don't mean "depth" here ... instruments mixed to one side only, were properly connected to the front/centre image. There was a good amount of perceived depth in the soundstage with the tips in use. Imaging I would stay away from stating as pin point, but was close to sharp. Instruments and background vocals were placed accurately to say the least. This, combined with the layering portrayed, made for a stage beyond my meagre expectations. On Two Suns by Roger Waters - The Lockdown Sessions, the saxophone was noticeably placed in front of all the other instruments which took to the background, including the drums. Some of the above, are often the case with Harmann tuning in my limited experience. Reverb and echo engineered into the recording were conveyed fairly well. Attack was not lacking for sure, although may not be the kind that snatches your attention at the slightest opportunity, but rather has accuracy as it's goal. So no overly sharp transients in my use case. Decay was on the slower side. This for all frequencies across the range, bar maybe the bass. Timbre was accurate, bar in the treble, though only slightly.

Overall, I'm happy with the 1999 I spent. And yes, delivery was superfast!

Hey Bhask
We thank you for this lovely review & we are glad you are enjoying it! Keep the music playing.

What a lovely pair of earphones!! I haven't tried other budget options. But it just satisfies with it's tuning. I have been recently using the pinnacle p1, which is bright. This gives me a break, this is warm. I can have long listening session with the Tanya. That's the best part of a daily driver.

Hey there,
We thank you for this lovely review & we are glad you are enjoying it! Keep the music playing.

A
Ali (Mumbai)
Design and Comfort:
Sound Quality:
Value for Money:
For Everyone!!!..

This thing is soooo light weight.
I did underestimated it.
Wires are may be a bit meh!
But the earphone itself is made up of metal.
This can satisfy all type of listeners,
Passes Vibe check for all genres.
Don't expect a lot, as these are not a reference pair.
Rather than being warm and smooth it's a bit higher on highs.
You have to reduce the volume for a comfortable session.
Better go with These,
These are better than Quarks n all :/ 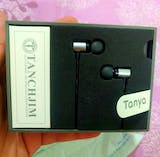 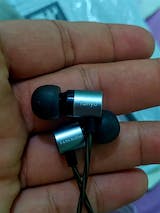