The Final E3000 is my favourite from the Final lineup. There's a reason that the E3000 has been voted best beginner IEM for six years in a row. The shiny metal earbuds are built like a tank. And its gentle V-Shaped sound signature has a lot more bass than the E1000 and E2000.

Don't sweat it, this Final - E3000 comes with a warranty from Final Audio that covers manufacturing defects. All products featured on Headphone Zone are backed by an original manufacturer's warranty. "Bass impact is good. The detail level is solid, especially for an IEM at this price. This is nowhere close to being a deal breaker, with the warmer sound overall."

"With an amazing sound that defies logic, the Final E3000 kicks ass, The rich, detailed sound offers a rare balanced dynamism that I’ve never heard before."

"The E3000 is a very nice earphone with a smooth, warm tone. Final’s very reasonable asking price, the E3000 provides great sonic qualities that more than make up for it."

"Where the Final Design E3000 does excel is on the sound front. They do so much that makes the listening experience enjoyable."

"The Final E3000 is a good example of old is gold. it brings to the sub $50 table an excellent soundstage, imaging and instrument separation."

Fine-tuned audio, widest sound stage, great comfort. Every beat you hear has some magical sound experience. This product is for those who want to experience how the sound is actually designed by the artist and composers. Don't compare this with others it has its own sound signature. It's literally impossible to deliver that kind of sound in such a small tiny package, it's just a 6mm single driver. The only bad thing is cable, really really poor quality.

A
Arun Samuel (Coimbatore)
Design and Comfort:
Sound Quality:
Value for Money:
They sound great and are built well

Just got these. The unboxing experience was relatively lackluster; the carrying pouch seems okayish at best, but the spare eartips are great. The sound quality is really good at this price point. Do not get these if you want a "neutral" sound. These do sound detailed, but are certainly more relaxed-sounding and "smooth" with somewhat prominent bass. It's a great laid back experience for most genres; I doubt you'd wanna use these for monitoring purposes. They're really comfortable with the right eartips and the stainless steel housing is simply brilliant. I suppose my main gripe with the E3000s would be the cable - they seem pretty flimsy and don't really instill confidence with regard to longevity, and the fact that they're non-detachable makes it worse. 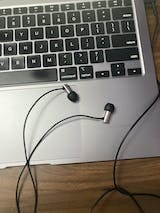 Hey Arun,
Thank you for the honest feedback, we hope you had a great shopping experience! Will sure pass your qualms about the cables to the brand. Cheers!

These are awesome earphones, spacious soundstage with width as well as a little height too. I am using ios devices to listen to songs.I am listening to a lot mid reading reviews but just know the fact that it requires power to perform well.Also you are looking at a long haul of burning period. Just keep on using them till the speakers open up. It took me nearly two weeks of listening to get adjusted to it. Also , all frequencies are there , maybe a little recessed but it is not that they are not there.
I will rather say these are awesome.
Bang on for the price that they are asking. 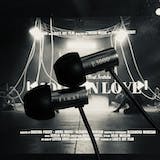 Hey Soumen,
We are glad you had a comfortable shopping experience with us & it is delightful to read such positive reviews on your product! Cheers & Welcome to the club!

I knew beforehand that this require proper open back level power to 'open up'. I'll update this when I get that setup (either sooner or maybe later). I can see the potential when pairing with sonata hd pro high gain mode, but it requires at least 250mW of power.
Reducing 1 star for the cable quality.

Edit: So, I told I will update it when I feed it with more power.

Before that, let me talk about the eartips. Final E eartips that comes with all final earphones are awesome, but they are also one of the worst tips to pair the E3000 with. After some experimentation , I settled with a wide bore tip that came with an old Sennheiser cx earphones and that did wonders. The details opened up, treble and mids was a bit more forward without losing its warmth and since it was closer to the ears, the overall isolation also increased. SO find a wider bore eartip and you will be surprised.

Now about the power increase. From sonata HD pro, I went to E1Da powerdac 2.1 which is very powerful on boost mode, but also had crossfeed. In simple unbalanced mode it only had 1/4 the total power, but still 2x the power of SHD pro. Both this modes made me take a peak into the potential of e3000.
After that I got the much raved Ovidius B1 which is very powerful. It is also not that suited for very sensitive IEMs and can be noisy with them. Despite the measurements e3000 is anything but sensitive. It was very clean with the B1. The B1 just makes the e3000 sing. It is an IEM that you can listen to as much as you want without any fatigue. You know sometimes when your body is so tired and you just can't listen to harsher stuff? E3000 would still be with you during that time making you relax. The timbre, tonality, warmth will cuddle you like a blanket.

I also changed my rating from 4 to 5 because I simply love it and cable has held up well after 7-8 months.

Final E3000 is a pair of earphones that sound very pleasant. It needs an amp to go with it. It is super light-weight that I almost always forget that I am wearing one. Combined with the sound quality and the comfort of wearing them makes it a good choice for long time listening. The design in clean and without being ostentatious like many other IEMs. The build quality is supposedly very good, but the flimsiness of the wires does not instil confidence. Overall a great buy for its price.

The choice of straight wired iem is limited. I wanted one and final e3000 seemed to fit the bill and the budget I had. So I took the plunge. As usual, next night I had it in my hand and on my ears.
At first, I was a bit disappointed. The sound seemed to lack something. I did notice a little thinness in the rendering. But after about 20 hours, it opened up a lot and became more dynamic, surprising me often with its scale of presentation. It is still burning in (Final audio recommends 200 hour!).
Having the price in mind, I was not expecting much. But as the pair is already starting to sing, I have noticed that the sound signature is really well thought out and well tuned. Even for a bass lifted headphone, the mids are quite clear despite having a slightly V type sound signature and the treble although not the brightest, does not make me feel to miss anything. The imaging is also quite decent to the point that it renders out of the head experience with loseless files. Very well tuned and relaxing sounding iem that is still in its process of burn in. Good job Final Audio. Highly recommended for the price. Thanks Headphone Zone for a scintillating service.

Hey Subhadeep,
So glad you are liking the IEM, we are sure after a few more days you will come to love it. We hope you had a comfortable shopping experience & thank you so much for the review!

instead of buying this site, plz prefer to buy from amazon .
they have at least good service after buying.

We got your review sometime back, & we feel sorry to hear that you're not happy with our services :(

As an individual e-commerce company, each and every company has its own policies set in place, and we need to adhere to them. Trust us, had there been the slightest issue in the product that was delivered to you we would have no doubt proactively assisted you.

We understand that this may not have been the answer you were looking for, and we hope you accept our sincere apologies.